Tell me about your affiliation with Christian Brothers.

We are former CB parents. Our twin girls graduated in May of 2018. They’re both college students now. One attends UC Davis and one attends Georgetown in DC. And Kamal serves on the CB Board of Trustees.

How did you make the decision to send your girls to CB?

Our girls had gone to St. Michael’s for preschool, and we had friends whose kids were heading to CB from eighth grade there. And they said, “Have you looked at CB? You have to check it out.”

Another deciding factor came from Ravi’s local pediatric practice. He noticed that the young CB students he saw were super polite, well mannered, and family-oriented. He noted, “I’ve noticed this trend that the Christian Brothers students I care for have a really confident, positive way about them. We should really check it out.” We attended both Catholic high school’s open houses when the girls were in eighth grade. We were very impressed with the Open House at Christian Brothers and really blown away, not just with the academics, but the extracurricular options, and the vibe and feeling on campus.

Both developed extraordinarily good academic habits, but they were also very well-rounded, participating in sports and co-curricular activities. All the opportunities that were offered at CB, they had their hand in it. They were both in the Scholars program. Meera was in swim and Navneet was in student council, as well as lacrosse and KBFT. Navneet was the senior class president. Meera was the president of the Red Cross Club and is now the regional president of the Red Cross Club at UC Davis.

They were also both student ambassadors, which they really enjoyed. They went on VEN-A-VER service trips to Yakima and Nashville, and we were thrilled that they had those experiences and met new friends.

Were there any standout events or memories you can share about your experience with the school?

One fun story was when we went to another school’s open house and they had run out of cookies. But Christian Brothers kept loading up the cookie table. My daughter Meera said “CB is the school for me because there was never an empty cookie tray at Open House.” The girls also really enjoyed participating in KBFT, which we thought was another standout program. We wanted them to have a more well-rounded experience and good academics, which we found at CB.

I also appreciated that the teachers and administrators were so welcoming and inclusive. Not being Catholic was a concern for us when we first started. But within the first couple of weeks, that was not an issue at all. In fact, the part we really enjoyed was the spirituality, the universal belief in God, and the service mantra that is in our heart and in our culture as well to serve others. We would never have found that at any school other than Christian Brothers.

Are there things you experienced that the general public may not know?

I think the universal exploration of service and community beneficence are important. When you’re at the school, the kids are required to go out and serve the local community. Money would go to a food bank. There was picking up trash and it wasn’t just a matter of them doing their service hours. They would come back and it would actually strike them a lot more deeply to see the poverty and the good that they could do by simply volunteering their time. That kind of esoteric education is one you’re not going to find anywhere else. It’s incorporated into the academics in such a fundamental, operative way. It really sinks in and provides them a good foundation of knowing that you enter to learn and leave to serve.

It’s woven delicately into the entire curriculum. The secret sauce is that it’s not blatant and it’s not just happening in religion courses. It’s happening each year on campus from the minute that you leave home. At every event, you say prayer. Besides being non-Catholic, we’re also people of color and we have always felt welcomed.

Even the theology courses that they took were so even-handed, it wasn’t like an indoctrination. It was actually a fundamental education in world religions. They incorporated Islam, Hinduism, Buddhism – even our own religion was incorporated into some of the courses. It showed the universality of spirituality and how belief in God, and how things are performed, can cross cultures and religions in many aspects of life. The inherent respect that was woven into the education really made us feel welcome and that this was where we belonged. We felt inherently a part of the culture that was there.

What about the vision for the future? What are your thoughts about what that should look like?

I almost want to say “don’t mess with a good thing.” And by that I mean, what’s happened for our children. I would just not mess with the formula. Dr. LeRoy seems to be doing a really fantastic job, and I was blessed to be on the search committee for her. I also have recently joined the Board of Trustees.

The way it was and how perfectly it molded our daughters, I don’t see that there was anything inherently wrong. I think it’s a good idea to broadcast that, to have this perspective out there in the open, for anybody that has questions. We have nothing but praise and prayers for the school and hope it endures.

Growing up, I went to parochial school in San Francisco. We were not Catholic, but my father used to volunteer in and was president of the Father’s Club which, being an immigrant and a non-Catholic, earned him a tuition discount to help put all of us through Catholic school. I think the mutual value of a well-rounded education flows from generation to generation.

With my very busy schedule – several jobs and responsibilities at the university – to commit to being on the Board of Trustees shows my high level of praise and dedication for the school. Two years ago, when the girls were getting ready to graduate, I was approached about serving. There was no other connection except the service that CB did for my children. For me to make that commitment to being on the Board now again shows just how much debt and gratitude we feel to the school. 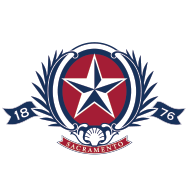